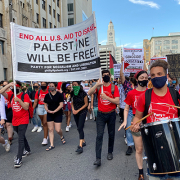 A broad coalition of organizations — student, activist, and community groups — came out to demonstrate their solidarity with Palestinians facing down another round of illegal Israeli annexations. Speakers from the Palestinian Youth Movement, Philly BDS, Jewish Voices for Peace, and the PSL linked the struggle for justice in Palestine to the uprisings that have erupted in the past month across the United States. Long time Black liberation organizers including organizers from Black Alliance for Peace and Pam Africa of the MOVE Organization spoke to the deep connections between ongoing occupation of Black and brown neighborhoods and apartheid in Israel. A Palestinian protester in the crowd, who said that this was his first protest continued, “I want to come out to more, because it means I can fight for my country even though I’m not in my country.”

The crowd then took the street, leaving the Police Headquarters where the rally started and marched, demanding self determination for all Palestinian people in all of historic Palestine, for the international movement for boycotts, divestments, and sanctions against Israel, and for an end to police exchanges with Israel. Philadelphia police, as well as PA State Police, have conducted several training delegations with the IDF in the past, and the brutal attacks on anti police demonstrators and Black Philadelphians in their own homes in West Philadelphia with tear gas, pepper bullets, and more over the past weeks demonstrate what these exchange programs are really for — it is not about “defense” but occupation, from West Philly to the West Bank. 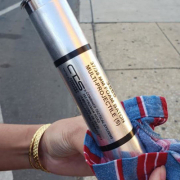 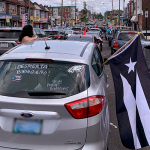